Currently lighting up our TV Screens every Saturday night as a coach on The Voice UK, Gavin Rossdale has also been spending time in Los Angeles writing and recording a new BUSH album. The band’s 7th studio album
BLACK AND WHITE RAINBOWS is out March 10th on Caroline International.

Written and produced by Gavin and recorded at Sea of Sound in Hollywood, BLACK AND WHITE RAINBOWS tears through its 15 tracks. From the first track, brand new single ‘Mad Love’ (impacts March 10th) to the closing track ‘People At War’, the album barely pauses for breath.

March will see BUSH first perform their new single ‘Mad Love’ during The Voice UK live shows and then play a headline show at the Shepherds Bush Empire March 14th.

Gavin Rossdale has had huge success on both sides of the Atlantic as lead vocalist, guitarist and songwriter with his band BUSH, and as a solo artist, not only selling close to 20 million records in the US, but also having 17 Top 40 hit singles to date.

BUSH’s debut album ‘Sixteen Stone’ went six times Platinum and their follow-up ‘Razorblade Suitcase’ hit Number One in the US charts. Gavin also found Top 40 success in the US with solo album ‘Wanderlust’ and more recently BUSH have released 2011’s ‘The Sea of Memories’ and 2014’s ‘Man On The Run’. In 2013 Gavin received the prestigious Ivor Novello Award for International Achievement presented by Coldplay’s Chris Martin. 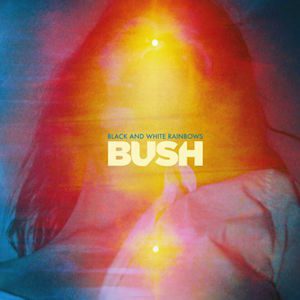