Morganway are introducing their distinctive take on alt-country with their brand new single ‘My Love Ain’t Gonna Save You’, released on February 3rd.

Explore the largest community of artists, bands, podcasters and creators of music & audio

The Norfolk five-piece pride themselves on  their engaging live performances, and  have caught the eye of a range of festivals. Subsequently, they recently headlined The Open’s prestigious OH1 festival, in their hometown of Norwich. Other early 2017 shows include London gigs at The Troubadour, The Islington and The Bedford, as well as a special headline performance at Cambridge’s muchloved Portland Arms.

Morganway are working towards the release of their second EP ‘The Hurricane EP’ on April 7th, following the glowing reception of their debut EP ‘No Tomorrows’ last year.

The lead single ‘My Love Ain’t Gonna Save You’ exposes the band’s diversity with a deeper, grittier sound, whilst still maintaining the familiar roots influence that fans of the band have come to know and love. 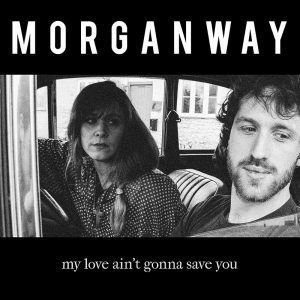