Legendary music icon Céline Dion, has today announced the LIVE 2017 tour – a 16 date tour that will see her return to the UK and Europe for the first time in over eight years along with a triumphant return to Paris after nine sold-out shows last summer.

Set to kick-off on Thursday, Jun. 15 2017 at The Royal Arena, Copenhagen, the LIVE 2017 Tour will see Céline play shows in Sweden, The Netherlands, France, Switzerland and Germany.

Tickets go on sale to the general public on Friday, Feb. 3 at 9AM.

Members of Team Céline will have access to a pre-sale beginning Thursday, Jan. 26.

Céline and her team are very proud to announce her upcoming tour, CÉLINE DION LIVE 2017. The tour will take Céline to a number of countries in Europe for th… 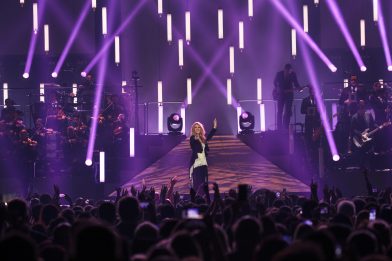