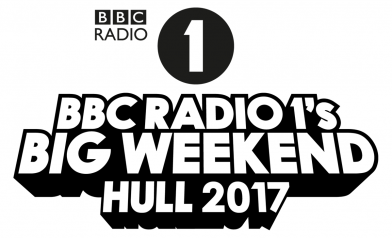 BBC Radio 1 Breakfast Show host Nick Grimshaw this morning announced that Kings of Leon, Little Mix andStormzy will perform at Radio 1’s Big Weekend 2017which it’s been revealed will be held in Hull on 27th and28th May.

Burton Constable Hall will play host to Radio 1’s flagship live music event that will see over 50,000 music fans enjoy performances from some of the biggest and newest UK and international acts, with the majority of the free tickets going to the residents of Hull and the surrounding areas.

Hosted by Radio 1 DJs, Radio 1’s Big Weekend is Europe’s largest free ticketed festival, and will be heading to Hull to coincide with the UK City of Culture celebrations for 2017.

Radio 1’s Big Weekend travels to areas that wouldn’t usually host large scale music events of this kind. As well as shining a spotlight on the host city, in the lead-up and via the event’s coverage, Radio 1’s Big Weekend provides a major boost to the local economy. The event is now in its 14th year and will be produced in partnership with Hull 2017.

Kings of Leon say: “Looking forward to seeing you in Hull for Radio 1’s Big Weekend at the end of the May. Huge thanks to Radio 1 for leading the charge in helping us get our music to our fans, its going to be a great show, can’t wait!”

Nick Grimshaw says: “I’m super excited for Big Weekend as it kicks off festival season and always has a mega line-up of the best live music. Roll on May – I can’t wait to party in Hull alongside Kings of Leon, Little Mix, Stormzy and loads more!”

Ben Cooper, Controller, Radio 1 says: “Listen to Radio 1, and search on your phone, to find out how you could join the young people of Hull enjoying the biggest pop stars, playing the best new music, from the UK and around the world.”

Martin Green, Director Hull UK City of Culture 2017, said: “We are thrilled that BBC Radio 1’s Big Weekend is coming to Hull for 2017. Bringing this major national event with some of the biggest names in the music industry is a massive coup for the city and confirms its growing international profile as THE place to be. We’re delighted to be working closely with the National Heritage Memorial Fund appointed trustees and family at Burton Constable, as well as our colleagues at Hull City Council and East Riding of Yorkshire Council to ensure a successful event.”

Further information about Radio 1’s Big Weekend 2017, including the full line-up, will be announced on Radio 1 in the coming months. Ticketing details will be revealed on Radio 1.

In the lead-up to Big Weekend, Radio 1 and BBC Learning will produce Radio 1’s Academy, which aims to inspire local 16-19 year-olds to take the next step in creative careers. Radio 1’s Academy will include a series of special events, local engagement and face-to-face activity in the area, beginning in February and culminating in May with a packed week of radio shows, gigs, masterclasses and Q&As. Keep listening to Radio 1 for further details.

Radio 1’s Big Weekend will be broadcast live on Radio 1, streamed in vision at bbc.co.uk/radio1. All performances will be available to watch live and on demand on Radio 1’s BBC iPlayer channel (bbc.co.uk/tv/radio1).