The Stranglers will be back on the road again in March 2017. Following the sell-out success of their Black and White Tour in March last year, the group will, this time, present the Classic Collection to coincide with the planned re-release of the entire studio album back catalogue from the period 1977-82.

One of the UK’s most exciting, credible and influential British groups, the Stranglers are riding high on the crest of a resurgent wave of popularity.

With record-breaking, sell-out shows and festival appearances throughout the UK and the rest of the world, public demand to hear and see the group has never been so high; true testament to their considerable musical talent and the enduring quality of their songs. The legendary Ruts DC promise to deliver a memorable addition to the tour as special guests. 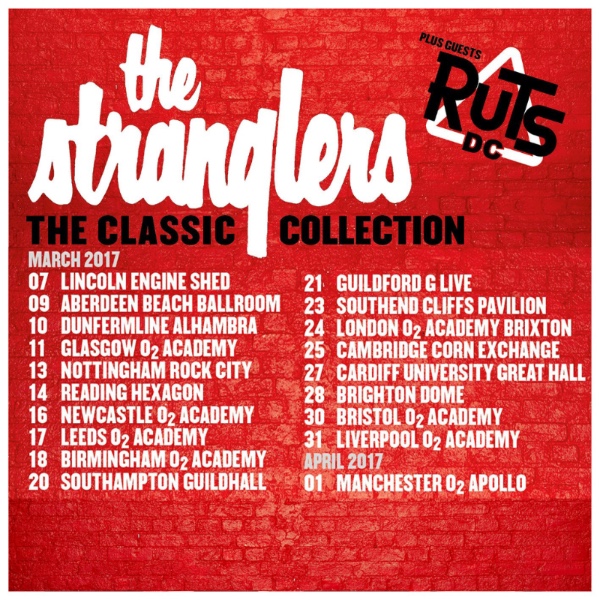