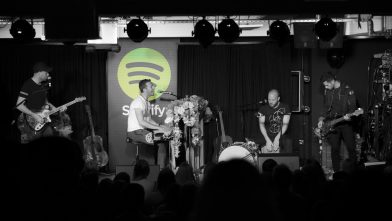 Coldplay have today released Live From Spotify London, an exclusive, five-track collection of unique, stripped-back live recordings, performed in front of a small audience at Spotify’s London HQ in November 2016.

Coldplay are the most-streamed band of all-time on Spotify, where they reached a total of five billion streams earlier this week (more than a billion of which were for tracks from their current album, A Head Full Of Dreams).

Also this week, Coldplay were named Artist of the Year at the BBC Music Awards. The band have just completed the 2016 leg of their A Head Full Of Dreams Tour, with two sold out stadium shows in Sydney, Australia. The tour, which has already sold in excess of 4.2 million tickets, continues in Asia, Europe and North America in 2017.

The tracklisting is as follows:

3. Adventure Of A Lifetime

Live From Spotify London is available on Spotify now, at: 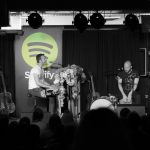