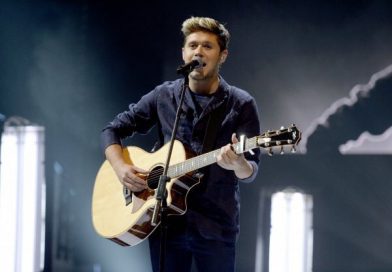 BBC Radio 1 today saw Taylor Swift, The Vamps, Shawn Mendes and a host of celebrities from the world of entertainment and music win big at BBC Radio 1’s Teen Awards – the biggest event in the teen calendar – hosted by Radio 1 Breakfast Show host Nick Grimshaw and co-hostsDua Lipa and Dan & Kyle from Bastille.

Now in its seventh year, Radio 1’s Teen Awards saw Niall Horan surprise 10,000 energetic  14-17 year olds by opening the show with his first live solo performance since One Direction, with the likes of Jess Glynne, Shawn Mendes, Little Mix, The Vamps and DNCE also taking to the stage at the SSE Wembley Arena.

The glitzy award ceremony celebrated the inspirational stories and achievements of four amazing teen heroes:  15 year oldLewis from Hampshire who despite being diagnosed with a brain tumour and spending his life in and out of hospital, has set up a social platform for ill and disabled young children. 15 year old Niamh from South Wales who has a rare auto immune illness that has left her paralysed however she still continues to raise awareness of her condition through her blog, as well as running her own online support group for young people with chronic illnesses. 17 year old Joe and 15 year old Toby from Suffolk who are active fundraisers for Cancer Research UK, in memory of their best friend Arran who passed away after discovering a brain tumour. The winners of the first Make it Digital Teen Hero Award are 17 year old Lucy and 16 year oldLauren whose idea for a light weight medical emergency kit has been put into effect in the military field.

The awards were voted for by Radio1’s listeners. This years’ full list of winners are:

Highlights from the Radio 1 Teen Awards will are available to watch on Radio 1’s YouTube channel.