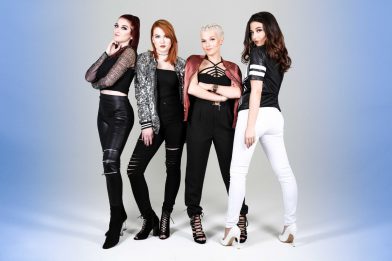 Teenage pop sensation Pink Angels are household names in their native Czech republic, and they are now unleashing their catchy pop hooks on the British public. The hugely exciting girl band having already performed on British shores, having supported Little Mix, Rita Ora and Union J!

The video for their new track, ‘Slay Mama’ has received over 110,000 YouTube hits, after only being online for one month, and collectively the girls have racked up over 98,000 Instagram followers!

The girls aren’t only looking to win over the Brits, either. Following the success of their Czech reality television series, they’ll be documenting their attempt at cracking the U.S. charts in the upcoming series, ‘Pinks Across America’, which will see the girls travel across America in their own pink limo!