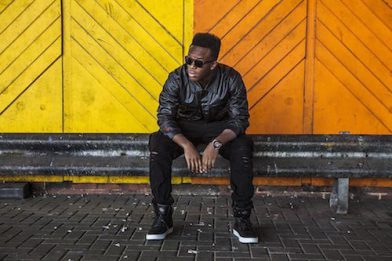 Featuring a sample from the hugely infectious, House of Pain hit,  ‘Jump Around’, the new track follows the single, ‘FWB (Friends With Benefits)’ which saw KSI team up with Dutch musical group MNDM and legendary UK rapper Sway and Turkish Dcypha. The track was the first single to follow the release of KSI’s debut EP ‘Keep up’, featuring collaborations with the cream of Grime and UK hip hop, JME, Sway, Nick Brewer and more.  The EP went on to top the UK iTunes albums chart, chart at no.13 in the UK Official Albums Chart Top 100 and has amassed over 18 million streams to date.

Jump Around, an album by KSI on Spotify

While still being the UK’s most viewed YouTube channel with over 15 million subscribers and over 2.5 billion video views, the past year has seen KSI go from Social Media superstar to successful recording artist. With over 40 million plays and 600,000 monthly Spotify listeners and two sold-out shows at London’s O2 Islington Academy, KSI is already building on his huge following.
Jump Around (Feat. Waka Flacka Flame) is available to pre-order now here and to add to your playlists on Spotify.