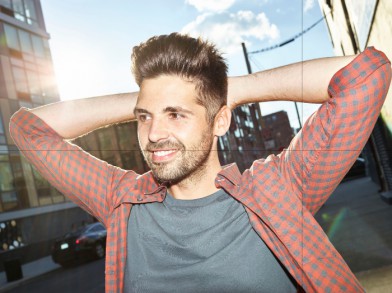 Having won over the nation as the 2014 X Factor champion, Ben Haenow Ben will embark on his first UK tour since the show in April 2016 and you have the chance to see him.

We are giving away a pair of tickets to the following dates:

The tour kicks off at Manchester Academy 2 and includes shows at Birmingham Institute, passing through Bristol O2 Academy before coming to a close on April 23rd at Sheffield O2 Academy.

Ben said: “I literally cannot wait to get out there and see you guys on tour. Performing live is what I love and what I have been looking forward to the most. I promise it will be a show to remember. Hopefully coming to a city near you!”

Ben has come a long way since his performance of Bill Withers’ ‘Aint No Sunshine’ for his very first audition on The X Factor last year. Having already achieved a Christmas #1 with platinum selling ‘Something I Need’, Ben has joined forces with American Idol winner and International star Kelly Clarkson to produce the stunning, up-tempo new single ‘Second Hand Heart’, which has already made its way to the Top 20.

Away from conquering the charts, Ben has been hard at work in the recording studio in London and LA, co-writing with an A-list of songwriters for his self-titled debut album, including Amy Wadge (Ed Sheeran), JR Rotem (Rihanna, Maroon 5), Julian Bunetta (One Direction) and Steve Robson (Take That, Olly Murs) to produce a body of work that encompasses his musical influences and reflects his true and honest self.

Ben has spent years playing and gigging with his brother Alex to hone his writing and develop his musical influences, giving him the solid foundation to grow into the talented songwriter and performer he is today. With an album full of his own soul, stories and influences topped off with a UK tour; 2016 looks to be Ben Haenow’s year.