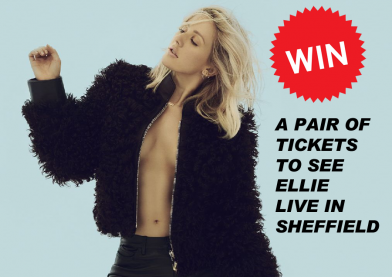 Due to the success of our competition to win Ellie Goulding tickets for Liverpool, you’ll be pleased to know we’re giving two lucky readers a chance to win a pair of tickets for Ellie’s Sheffield Arena gig on Saturday 12th March.

To be in with a chance of winning, just enter one or all four of the methods below!
Ellie Goulding tickets Sheffield