Exclusive Premiere: First listen of Bea Richie’s debut single ‘Back At The Beginning’ 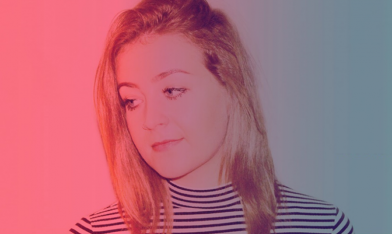 Check out the first listen of Bea Richie’s debut single ‘Back At The Beginning’ exclusively on Pop Scoop!

The track is the first to be taken from the 22 year-old English singer-songwriter’s upcoming self-titled debut EP, and announces a new talent well versed in infectious hooks, electronica soundscapes and the pop siren playbook.

Back At The Beginning is a dramatically dark pop song about the perils of a stormy relationship, but it could also be a description for Bea herself as a new artist. Whilst she’s at the beginning of an exciting journey in her music career, the song also marks a new start after teenage years spent searching for a sound to call her own.

Like many musicians, Bea started young as part of a musical family. Encouraged by her musician parents, iconic influences like Amy Winehouse and Nina Simone led her to fronting jazz bands and singing blues covers with school friends. In college she played keys in funk and soul bands, broadening her musical horizons and expanding her vocal delivery. Bea also honed her performance chops with lead roles in stage musicals, and deepened her musical knowledge with a degree in music from York St John University. These disparate influences and experiences have all combined to create a talented musician and vocalist eager to make her own mark on the pop landscape.

Now with her first solo single ready for release Bea finds herself back at the beginning of her own story, confident in her musical identity and ready to share her music with the world.

Listen to Bea Richie’s debut single ‘Back At The Beginning’ below: