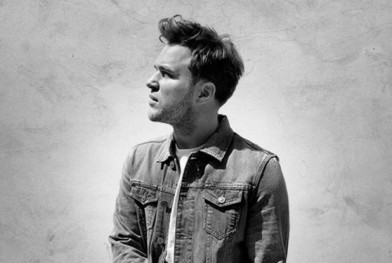 Olly Murs releases a special edition of his platinum selling fourth album ‘Never Been Better’ featuring the pop swagger of new single ‘Kiss Me’, six other new tracks and a magnificent live DVD filmed at the O2 earlier this year on his acclaimed ‘Never Been Better’ tour with added behind the scenes footage. ‘Kiss Me’, co-written with Taio Cruz, stands tall amongst previous ‘Never Been Better’ hits ‘Wrapped Up’, the Demi Lovato duet ‘Up’, ‘Beautiful To Me’ and ‘Seasons’.

Another new track ‘Stevie Knows’ ranks alongside Olly’s best. ‘Never Been Better’, originally released last November, went straight in at number one, Olly’s third UK number one album. The second disc is a live DVD recorded May 7th at London’s O2 Arena, one of 4 sold out shows at the venue, and it features a duet with Robbie Williams on Olly’s classic hit ‘Troublemaker’.

Olly’s 28 date sold out ‘Never Been Better’ arena tour proved without a doubt that he is one of the country’s very best live performers, a fact perfectly illustrated by his triumphant headline sets this summer at V Festival. Add to this a beautiful on the road photo book with a scintillating text written by Q journalist Matt Allen coming out next week, a return to the X Factor as co host, and 2015 is rapidly becoming the most successful year yet for the talented Mr Murs. “I can’t sit still,” Olly admits with a smile. “I just want to keep getting better and better. My biggest dream is to headline a stadium one day. I’ve got room to grow – I know I have. I’ve just got to keep working hard, making great tunes and playing great shows.

There’s no holding back.” The special edition of ‘Never Been Better’ perfectly captures that sentiment and more. For Olly Murs, no doubt, the best is yet to come.