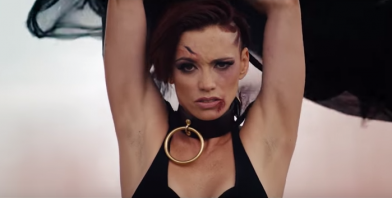 ME-OW! THE CLAWS ARE OUT! Robin Antin, who? This kitty doesn’t need mother’s milk anymore! The tea is piping HOT in Jessica Sutta, now branded as J SUTTA, in her new video for “Feline Resurrection” where she takes a stand against the Pussycat Dolls.

Check it out here:

The singer co-wrote “Feline Resurrection” on a S-X (Childish Gambino, Lil Wayne) and Benny Cassette (Miguel, Kanye West) collaborative production. Her album of the same name is almost finished, and follows tunes like “Show Me”, “Gonna Get U” with Dave Aude, “For Myself” and “White Lies” with Paul Van Dyk.
Sutta’s introduction to the global pop scene was made as a member of The Pussycat Dolls, a worldwide phenomenon and one of the best-selling girl groups of all time. Sutta has garnered a Grammy nomination, won two Billboard Music Awards, two MTV Video Music Awards and played to sold out audiences around the planet with artists like Britney Spears, Lady Gaga, Christina Aguilera and The Black Eyed Peas.