One Direction today premiere the incredible new video for their massive worldwide smash ‘Drag Me Down’, filmed the video at NASA’s Johnson Space Center, Houston.

Directed by long term collaborators Ben and Gabe Turner from Fulwell 73, filming took place around the NASA T-38 aircraft jets that are used by astronauts to train for spaceflight, and the NASA WB-57 High Altitude Research Aircraft, a specialised aircraft that is used for high atmosphere research work.

In the video we see each of the boys training to go up into space in different parts of the Space Vehicle Mockup Facility, where astronauts train. Liam trains inside the International Space Station replica, a world-class laboratory orbiting 250 miles above Earth, whilst Louis is seen driving the Space Exploration Vehicle rover, a prototype vehicle design that could be used with wheels to explore the surface of Mars.

Niall was filmed on the Partial Gravity Simulator, a device that imitates the partial gravity that would be experienced on the moon, an asteroid or Mars. Whilst Harry meets Robonaut, a human-like robot, a model of which is now aboard the International Space Station.

The band also filmed in a full scale replica of the Orion spacecraft, NASA’s vehicle in development for crewed missions to deep space, wearing spacesuits designed to be worn by astronauts when they launch and land.

One Direction surprised fans with the impromptu release of ‘Drag Me Down’ on July 31st, which instantly became the group’s most successful global single launch ever, selling over 500,000 copies in its first week. The song was also their fastest ever selling single in the USA. 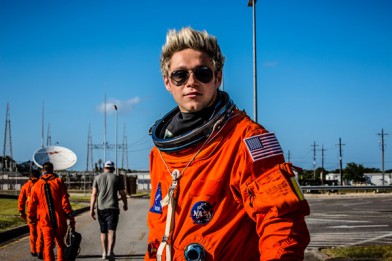 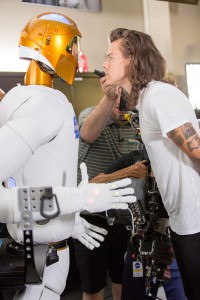 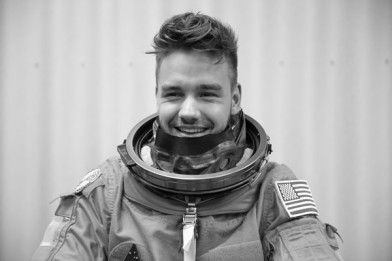 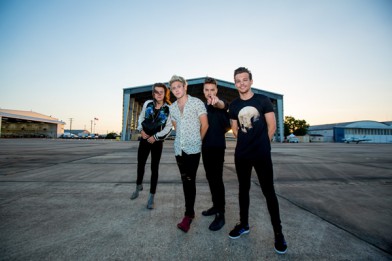 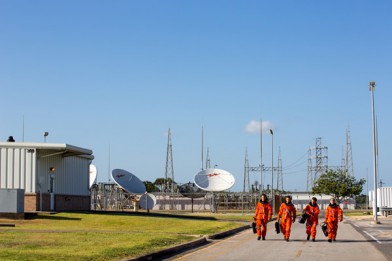