Taylor Swift introduced Andy to the stage, saying: “This summer is a summer of really really great music on the radio, I think it’s like the summer of smash hit summer songs and this is one of the most unexpected ones, and this it’s one that when you hear it on the radio it sounds like nothing else you’re hearing… I first met this artist maybe four years ago… and now he’s back with this this huge huge hit” 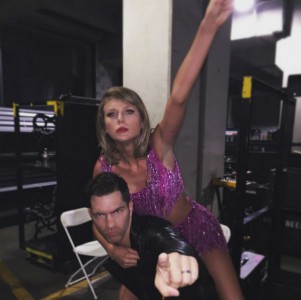