Rita Ora to replace Mel B or will Louis Tomlinson take the X Factor judges seat? 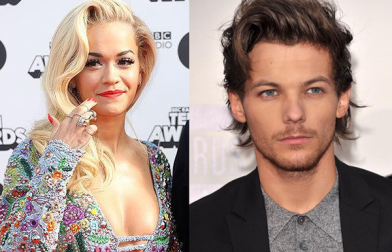 Rita Ora and Louis Tomlinson are the favourites to replace Mel B on the X Factor judging panel according to Ladbrokes.

Following reports that Simon Cowell has ‘fired’ Mel after just one series, the bookies have revamped their judging odds for the next series and the Voice coach is the odds-on favourite (1/2) to join certainty Cheryl Fernandez-Versini (1/33) on the panel.

However, Louis Tomlinson is still up there as one of the favourites. Stereo Kicks are said to be backing louis to be the next judge and series regular Sinitta says that Louis Tomlinson becoming the new judge would be amazing. She said “He spent a lot of time with us last year, mentoring the talent and watching rehearsals. I could definitely see him going into music management and production so it’s a good place to start.

“Simon’s a great mentor. He mentored him as an artist. He can mentor him to be a mentor.”

After starting off on the show himself, we can’t think of anyone better to judge the competition.

Other options include Tulisa who has been cut to just evens (from 5/1). Meanwhile, the bookies have also dismissed speculation that Kim Kardashian is set to join the show, making her a 20/1 outsider just ahead of Noel Gallagher and Jeremy Clarkson.