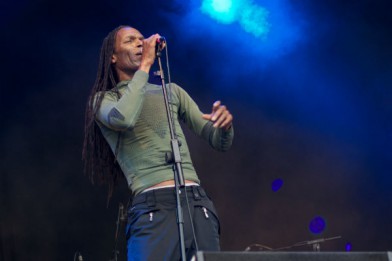 Bringing the biggest superstars from the 70s, 80s and 90s to Norfolk for an incredible weekend of music and memories, Reload Festival has announced even more names for 2015. Joining the already announced UB40’s Ali Campbell, Astro and Mickey Virtue, Rick Astley, Boomtown Rats and many, many more Reload is undoubtedly the biggest classic pop festival of the year!

As one of the key acts of the 2 Tone ska revival, The Beat are one of the longest standing bands of the movement. Their upbeat mix of reggae, pop and punk are sure to get the crowd skanking come September. Also joining the lineup, Birmingham Britpop heroes Simon & Oscar from Ocean Colour Scene will be performing a special acoustic set packed to the brim with hits like ‘The Riverboat Song’, ‘ The Day We Caught The Train’ and  ‘Hundred Mile High City’.

British Eurovision winners Cheryl, Mike and Jay formerly of Bucks Fizz will be hitting the festival stage with their wealth of huge singles whilst ex-Kajagoogoo frontman Limahl will give crowds a healthy dose of his signature ‘The Never Ending Story’ synthpop.

Campers can get the groove at Friday’s official opening party 8pm – Midnight and London’s Longest running club night, the legendary Carwash, are hosting Saturday’s After Show action 10pm – 1am.

With glamping and family camping options available for anyone from 5 to 105 this truly is a festival for all of the family!