Nick Jonas addresses the Oxford Union in an inspirational speech 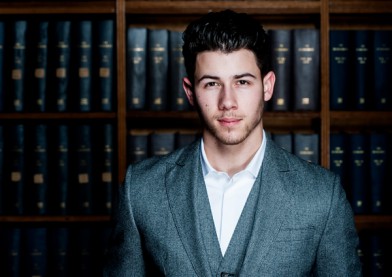 Nick Jonas feverently discussed his experiences growing up with fame and the pressures that come along with being held up as a role model, all while barely into his teens. He also spoke about a collection of topics including his journey, faith, the Jonas Brothers split, sex and friendships.

Following the speech he then answered questions from the guests for 40 minutes. 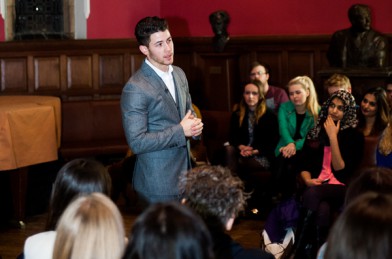 Founded in 1823, the Union is the largest society at the University of Oxford and one of the most famous student societies in the world. In the last term alone they received visits from Morgan Freeman, Sir Ian McKellen and Stephen Fry and in the past have also hosted iconic names such as Michael Jackson and Shakira.

Jonas will now join those before him with a veracious address.

On March 30, he will release his infectious new single, Jealous. And the summer will see his self-titled and highly anticipated album via Island Records due out on June 14.

Pictures from the event can be found here and to be credited to the Oxford Union: http://we.tl/f54VzAkTwV

JEALOUS will be released on March 30. Pre-order now http://po.st/Jealous5

NICK JONAS, the album is available now to pre-order at http://po.st/NickJonas5