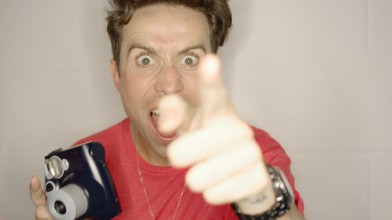 The ELLE Style Awards, in association with H&M, is set to take place on 24th February 2015, the closing night of London Fashion Week. Again the ELLE Style Awards promise to be one of the biggest, most glamorous and star-studded fashion events of the year.

The ELLE Style Awards, now in its 18th year, celebrates the world’s most stylish stars, the brightest emerging talent and fashion’s greatest achievers. Hosted by Radio 1 DJ Nick Grimshaw, the ELLE Style Awards, also known as the ‘Fashion Oscars’, will be the first red carpet event to take place at London’s newly opened and highest roof garden, The Sky Garden, in the Walkie Talkie building at 20 Fenchurch St.

Lorraine Candy, Editor-in-Chief, ELLE UK says: “We are thrilled to be celebrating the constantly evolving ELLE Style Awards, now in its 18th year, and to again be honouring some of the greatest talent from around the globe. Taking place on the closing night of London Fashion Week, the ELLE Style Awards have gained the enviable position of being one of the biggest fashion events in the UK and a key fixture on the global fashion calendar.”

Meribeth Parker, Luxury Group Publishing Director, Hearst Magazines UK says: “The ELLE Style Awards continue to go from strength to strength; attracting the finest talent in the industry across fashion, film and music, and this year, we are delighted to be working in partnership with our 2015 sponsor, H&M. As a brand that takes a conscious approach, where fashion both looks good and does good, H&M fits perfectly with ELLE’s long term commitment to the fashion industry and brand positioning as the world’s biggest selling fashion magazine brand.”