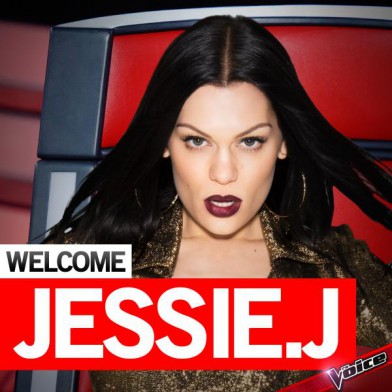 Jessie J will be replacing Kylie Minogue as one of the coaches of The Voice Australia.

The Bang Bang singer confirmed the news today (January 13) on her instagram account, posting a picture of all four coaches with the caption:

She also added: “I love Australia, I can’t wait to see what voices I’ll discover.

“I’ve enjoyed sharing my knowledge and experience in vocals and in music and really enjoyed being on The Voice UK for two series.”

Jessie left her role as coach in the UK version of The Voice in 2013 because of clashes with her tour.

The singer said of her departure: “[Producers] send the schedule through and, for 40 of the 42 days they need me for filming, I was on tour. I had to think about what I was prioritising – my music or The Voice?”

The Voice Australia show took to Twitter to welcome the british star saying: “Looking forward to welcoming UK megastar @JessieJ to #TheVoiceAu in 2015! Retweet if you’re on #TeamJessieJ!”

She will join Delta Goodrem, Ricky Martin and the Madden Brothers.