Take That’s ‘III’ is the most pre-ordered album of all time on Amazon.co.uk 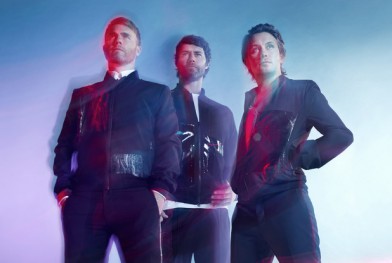 Take That’s new album, III, has become the most pre-ordered album of all time on Amazon.co.uk. III is their first album since the band line-up became Gary Barlow, Mark Owen and Howard Donald.

With only days to go until its release on 1st December, the album has overtaken recently appointed all-time pre-order front runners Pink Floyd’s first album in 20 years The Endless River, ex bandmate Robbie Williams’s Swings Both Ways, and One Direction’s 2013 hit Midnight Memories, giving Take That its third entry in Amazon’s top ten most pre-ordered artist albums of all time.

The band also overtakes the likes of Coldplay, Paolo Nutini and Ed Sheeran in the top ten pre-order artist albums of 2014 chart.

“The competition is heating up as Olly Murs, One Direction and Take That, to name a few, battle for the Christmas number one spot. It’s an exciting twist to see that only a few days before release Take That have swept in and taken the top spot on Amazon pre-orders,” said Director of Amazon EU Digital Music, Steve Bernstein. “We’ll all be eagerly anticipating who comes out on top, but it’s great to see such a much loved UK band continue with such success.”

Through Amazon AutoRip, customers who order III CD or vinyl formats will receive a free digital download of the album in their Amazon Music Library on the day of release