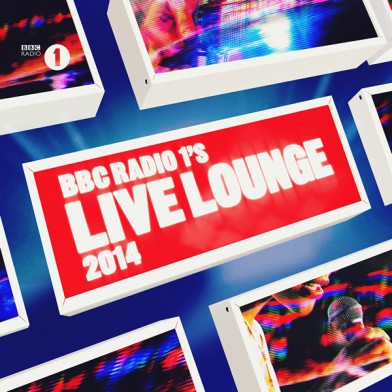 BBC Radio 1’s Live Lounge 2014 album has entered the charts straight in at No. 1 one this week, securing the album series its eighth No. 1. The album also claims the series’ biggest sales in the first week in 6 years with 41,690 copies sold since release on 27th October and its biggest digital sales figure ever.

With over 3.6 million copies sold across the series to date, the Live Lounge albums are the most successful live compilation album series of all time. BBC Radio 1’s Live Lounge 2014 is the 9th volume in the series, which is the annual round-up of the cream of BBC Radio 1’s Live Lounge sessions. Showcasing the biggest hits of the year either as cover versions or unique performances of the artists’ own tracks, the album features first time appearances on a Live Lounge album from breakthrough artists Sam Smith, George Ezra and Ella Henderson as well as returning favourites including Ed Sheeran, Ellie Goulding, Paolo Nutini and Coldplay.

The album also features some of the biggest songs of the year as well as incredible covers including Ed Sheeran covering man-of-the-moment Sam Smith’s ‘Stay With Me’, Maroon 5 giving a new slant to the biggest track of 2014 – Pharrell Williams’ ‘Happy’, Clean Bandit’s live version of ‘Rather Be’, BBC Introducing artist Indiana taking on the hit of the summer ‘Waves’, originally by Mr Probz. and Ben Howard’s haunting interpretation of Kiesza’s ‘Hideaway’.

The Live Lounge series has amassed a huge following since the first volume was released in 2006 and with the return of ‘Even More Music Month’ and a Live Lounge performance every day during September, this year’s album is stronger than ever!

The first Live Lounge sessions started 13 years ago on Jo Whiley’s show, and they are still going strong today under the watchful eye of Fearne Cotton, attracting the best acts in the world. The bands and artists perform their own track and a cover version. The tracks are live and stripped down, showing the true quality of the musicianship and craft of the song. The Live Lounge compilation album series is the only place fans can get all these unique tracks in one place.