Singer Taylor Swift and actor Ben Stiller and were among the celebrities in attendance at Madison Square Garden last night to watch the London-bound New York Knicks tip-off their 2014-15 season.

The New York Knicks, who travel to London in January where they will face the Milwaukee Bucks at The O2, hosted the Chicago Bulls and were defeated 80-104 with Bulls debutant, Spaniard Pau Gasol finishing with 21 points and 11 rebounds. 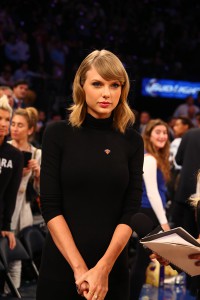