INTRODUCING: Kristina Maria – single ‘You Don’t Have The Right To Cry’ 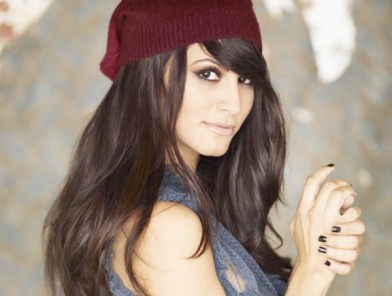 ‘You Don’t Have The Right To Cry’ is the new single from Canadian singer songwriter Kristina Maria. Watch the video here:

Her first album ‘Tell The World’ was honoured with a Juno nomination for pop album of the year alongside Justin Bieber and Carly Rae Jepsen, and received 3 nominations at the Canadian Radio Music Awards. Kristina Maria won the Socan Pop/Rock award in 2012 for ‘Let’s Play’ and in 2014 for ‘Every Time Our Song Comes On’. Kristina was also the most played independent artist and most played pop artist for the past two years.

‘You Don’t Have The Right To Cry’, written by Kristian Lundin & Savan Kotecha (Carrie Underwood, Christina Aguilera, One Direction), has already reached over 1 million views on YouTube and is taken from Kristina’s second self-titled album, which sees her also co-writing with John Amatiello (Britney Spears, Ace of Base, Backstreet Boys) and Mark Feist (Destiny’s Child).