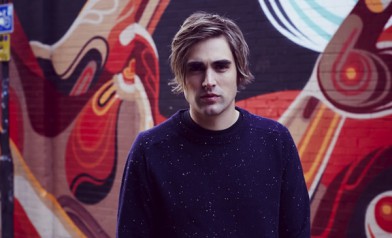 Charlie Simpson has revealed the new video for his next single, ‘Comets’, taken from the Top Ten album ‘Long Road Home’ released earlier this year through Nusic Sounds and ADA.

Shot on location in Ireland the video sees Charlie journeying through the windswept landscape in search of hope, a beautifully shot visualisation of the track which takes advantage of YouTube’s new ‘ultra HD’ 4K resolution. ‘Comets’ showcases Charlie’s distinctive vocals described by the Independent as containing an “impressive depth and character.”

Following his triumphant support slot at the iTunes festival this September, Charlie will play his largest headline show to date at the 3,000 capacity Roundhouse in London on October 14th.He will perform tracks from his most recent album as well as his solo debut ‘Young Pilgrim’released in 2011.