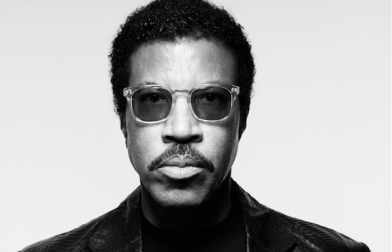 Since his massive Tuskeegee Tour in 2012 delighted audiences across Europe, today the multi-platinum selling artist Lionel Richie announced he is set to return for a 31-date tour that will see him perform in 9 cities across England, Scotland and Wales early next year.

The five-time GRAMMY winner and international superstar launched his current tour in the US in September 2013. Since then he has played an incredible 70 shows in stadiums, arenas and festivals (2014 saw Lionel headline the Bonnaroo Festival in the US) across North America, Oceania and Asia winning rave reviews everywhere he goes.

Speaking about bringing his tour to Europe Lionel said:

“I can’t wait to get back to the UK. The audiences are always so great and I always have an incredible time when I’m in the United Kingdom. The show feels like a great big sing-along most nights so I’m looking forward to singing along with the people of the UK again!”

Lionel’s shows feature songs from one of the most loved repertoires in music spanning his entire career from the Commodores through to the present day. The tour has received incredible reactions from fans all over the world. Lionel’s performances have become renowned for being much more than just a concert – reviewers around the world have commented on the unique party atmosphere he creates as he unites the audience with songs like “Dancing On The Ceiling”, “Say You, Say Me”, “Hello”, “Three Times A Lady”, “Easy” and “All Night Long”. The show really does deliver on its promise of ALL THE HITS ALL NIGHT LONG.

The tour is a celebration of Lionel’s incredible career. He has sold over 100 million albums worldwide whilst receiving prestigious awards along the way including GRAMMYs, American Music Awards, a Golden Globe and even an Oscar.

Tickets will be on general sale from Friday 26th September. The “All The Hits All Night Long” tour will also deliver fans a VIP experience with a choice of four different VIP packages. To purchase packages and for more information, please visit www.lionelrichie.com