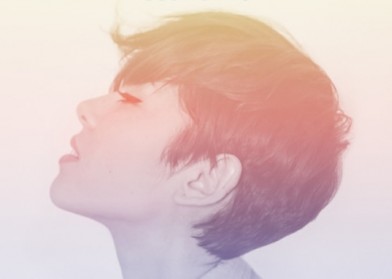 Have you ever been lucky enough to meet a pixie or fairy on a dew-fresh, sun-dappled summer’s morning? Chances are they looked and sounded as naturally beautiful and seemingly effortless as indie-pop singer/songwriter Kina Grannis!

LA-based Kina discovered her love for music early. Singing and playing multiple instruments throughout her school years led to writing, recording and self-releasing three albums whilst still at college. The turning point came when she began posting original songs and covers on YouTube. Her video for “Message From Your Heart” won a major contest and was played on TV to an audience of millions during the 2008 Super Bowl, which in turn landed her a contract with Interscope Records.

What was the first spark that got you going musically as a child or teen?
It all started for me with singing. I started singing before I can remember. It has always been one of the best feelings in the world to me.

How do you feel your musical style has developed from your early self-recorded EPs and albums, through Stairwells, to your newest sophomore album Elements, recorded and produced by Matt Hales (aka Aqualung)?
I think my musical style has definitely evolved over time. I think that comes from a combination of honing your craft and really finding who you are as an artist as well as simply growing up, living life, and getting exposed to new music. There’s definitely a lot more experimentation and layering in my new music.

How do you start writing a song? Does a tune, a harmony, a mood or lyrics come first?
For me it usually comes all at once, and it feels more like I’m finding a song than actively writing one.

Which music artists/acts are you personally inspired by?
I think as artists we’re constantly being inspired and influenced by other musicians. One of the earliest and biggest inspirations for me was a Belgian band called K’s Choice. They were the first band that showed me how powerful and personal music can be.

What was it like to suddenly burst upon the popular music scene in 2008 as winner of the Doritos “Crash the Super Bowl” contest and have your music video played to millions during the commercials of Super Bowl XLII?
It was definitely very overwhelming and surreal. I couldn’t really process it when it happened, but I just knew that it meant from that moment forward my life was going to be about music.

With much of your career launched and maintained via your hugely popular YouTube channel (est. 2007), what are your thoughts about the importance of social media for today’s music biz (YouTube, SoundCloud, Facebook, Twitter, Instagram)? Is there a way around it anymore these days?
The importance of social media in the music business (or any business) these days is HUGE. Unless you’re on a major label that has the ability to pump tons of money into getting you all over the radio, social media is imperative. Social media is 100% the reason I’ve been able to grow a following and tour around the world independently.

What do touring and performing live mean to you?
To me that’s when it gets real. Seeing humans face-to-face that came out to hear my songs. It’s amazing and very moving to me.

Do you have any rituals or routines you always do the day of / or right before going onstage?
My band and I have been working on a little pre-show ritual involving free-style rapping (which, by the way, I am horrible at). It’s just a fun way for us to get our nerves out and laugh and get present before going on stage.

If you could collaborate with any contemporary music artist/act/producer, who would you pick? What kind of song would you see yourself making?
I think I would pick Imogen Heap or Jónsi [guitarist & vocalist for Sigur Rós]. I find them both to be complete musical geniuses and capable of creating the most beautiful and magical music ever. I’d want to write whatever song happened naturally.

And now for some Quick-Fire Biographical Trivia Questions. . .

What’s your favourite food or meal? Do you usually eat-out, take-out, or cook yourself?
Sushi. When I’m home I try to cook whenever possible, but mostly very easy stuff.

First album you ever bought? (Was it a record/cassette tape/CD/digital download?) How old were you? Do you still listen to it?
“Happy Nation” by Ace of Base. It was a CD and I was 8 years old. I was actually listening to it again yesterday.

What song do you have on constant repeat at the moment?
“Open” by Rhye.

What’s the last book you finished? What are you reading at the moment?
I can’t actually remember which book I finished last, but I’m currently in the middle of “Cloud Atlas” [by David Mitchell] and “Lean In: Women, Work, and the Will to Lead” [by Sheryl Sandberg].

What’s the last gig/concert/or festival you went to, which you didn’t perform at?
Ingrid Michaelson at The Wiltern in LA.

Which celebrity, if you met them in person, would you turn into a total, embarrassing fangirl about?
I’ve had the pleasure of meeting many of the musicians that have really influenced me. I usually hold it together but also have had to fight off tears just because their music was so deeply tied with parts of my life. As far as someone who would probably turn me into a very awkward mess, perhaps Channing Tatum.

What was the first poster you put on your wall as a young teen?
I never had any posters, weirdly!

What qualities do you value most in a man or a woman? Are they different?
Same in a man or woman: I love respectful, open-minded, honest people.

Who is your ultimate hero?
My parents.

What is your life motto or favourite saying?
I don’t have one. There are far too many things to live by. . . I try to remind myself of all of them as often as possible. Perhaps I should compile my Top 10 quotes into one giant saying.