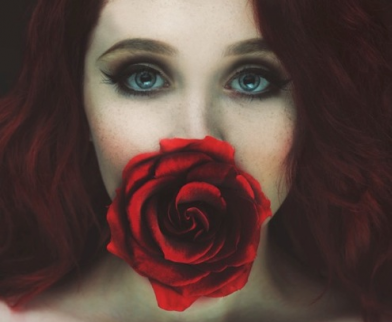 We were all told it hundreds of times as children: “Don’t run with. . .” But apparently, flame-haired, multi-talented singer/songwriter and musician Janet Devlin never listened. And boy has this rebellious/fearless streak paid off – her debut album “Running With Scissors” is a veritable pop-folk tour-de-force. Run on Janet!

Growing up in a small village in Northern Ireland, Janet had little experience of performing beyond singing in her school, local pubs and talent shows, and uploading covers and original songs onto YouTube. However, her successful audition for The X Factor Series 8 in 2011 at the tender age of 16, ultimately reaching 5th place under the mentorship of Kelly Rowland, gave Janet the industry break she had always wished for.

Following the X Factor Live Tour in 2012, Janet focused on recording her debut album, collaborating with the likes of Newton Faulkner and Jack Savoretti. Initially crowd-funded via Pledge Music and limited-released as “Hide & Seek” in 2013, many songs including “Wonderful”, “Creatures of the Night” and “Things We Lost in the Fire”, have now been lushly reworked for the general release album “Running With Scissors” due 9th June. With a launch at the Jazz Cafe, London scheduled and UK touring in the works, 2014 is surely set to be the year where Janet’s “House of Cards” keeps on growing with no collapse in sight! But then, she loves risk, doesn’t she?

Pop Scoop! recently had a cheerful, in-depth chat with Janet via telephone. She spoke at length about her new album, reworking old material, the cathartic nature of her songwriting, the contrast between live and studio sound, what it feels like now looking back on her X Factor time, and the importance of social media and fan-engagement for her. In addition, Janet faced our Quick-Fire Biographical Trivia Questions – with some intriguing results!