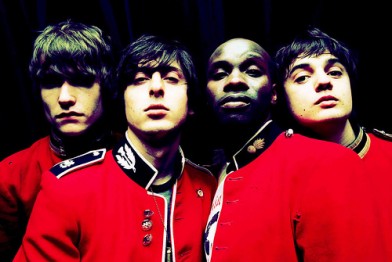 Tickets for The Libertines’ Hyde Park reunion show are set to sell out within two hours, with tens of thousands of fans expected to vie for tickets, according to ticket marketplace Seatwave.

The Hyde Park show will be taking place on 5th July. The band, which launched the music careers of both Pete Doherty and Carl Barât, last played live together in 2010 at the Reading and Leeds Festival.

Although many fans are keen on a reunion, some have criticised the band for only reforming due to financial reasons. The Libertines’ would add to an eclectic British summertime line up this year with Black Sabbath playing the night before and the recently formed super group McBusted the night after.

A spokesperson for Seatwave commented: “For many, The Libertines have one of the most turbulent histories of recent years and yet through this managed to reach critical and fan acclaim for both their albums and live shows.”

“Playing a large stage in Hyde park we expect many fans to be dusting off their red military jackets for a chance to see Doherty and Barât deliver anthems such as ‘Can’t Stand Me Now’ and ‘Don’t Look Back Into The Sun’. With fans already desperate for some more news we expect a huge demand for tickets as fans hope they can pull it together for one more night of brilliance.”