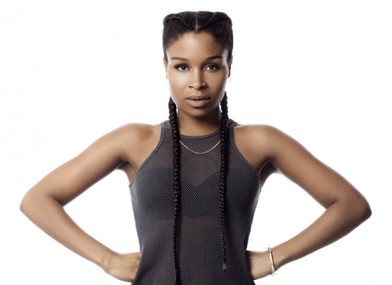 Platinum-selling singer-songwriter, Nabiha is the voice and personality that has taken Europe by storm. The exceptionally talented Denmark native is now looking to emulate that success in the UK once again, after her previous two singles topped the UK Urban Charts.

A prolific performer, Nabiha has sold out tours in her homeland and played to audiences in more than ten countries including the USA, and on tours supporting musical contemporaries such as James Morrison, Jason Derulo and Jamie Cullum.

2013 was a stand out year for Nabiha, who released her second album, won countless industry awards including “Artist of the Year” at The Best African Achievement Awards and was Grammy-nominated twice for the Danish Grammy’s including ‘Female Artist of the Year’!

We caught up with Nabiha to see what the eager UK audience can expect from this prolific performer.

How long have you been singing and who were your musical influences growing up?
I’ve been singing ever since I was a little girl, but I was 15 the first time I let other people hear it. I was a huge Madonna fan, around that time. I always loved her music, her style, and ability to reinvent herself. She’s clever, hard working, strong, curious, funny, and goes after what she wants. I respect that and she always inspired me to trust in myself and do my own thing.

What can the UK music scene expect from your music and live shows?
You can expect to hear pop music from the heart, songs from my life, thoughts and experiences, performed by a band who love their job. We’ll give you something you can dance too, and we can’t wait to come play for you guys!

What was it like growing up in Denmark and how did this affect your aspirations to be an artist?
I had a good childhood, with a big family, much love and great friends. I grew up downtown in the heart of Copenhagen where wasn’t much to do for us kids, so we learned to use our imagination a lot. I’m always very thankful for that period of my life. I think a healthy imagination helped me get the best out of things, it helped my creativity, my songwriting and visualising my dreams. It still does!

What / Where was your first ever performance?
I was 15 and I played at a school concert for all the kids, teachers and parents. I sang a duet with my music teacher and it was a Paul Simon song called “Gone at last”. Wow, haven’t thought about that in a long time, but I remember enjoying myself and feeling a sense of belonging. I also remember some of my friends came to support, and in the end they threw flowers on the stage. Haha, that really made me happy.

What were the early days of your career like, and how did you become so popular?
I used to play in many different kinds of bands. My plan was to try out as many genres as possible in order to find out what I wanted to do with my own music. Pop, Rock, ska, Urban, Jazz, Electronic, you name it. I had fun! But in the end I couldn’t decide on just one sound. My love for all the different music was such a big part of my life, that the most natural thing for me to do was to mix it all up. It’s hard to say how it became so popular, but when the album came out, I think it sounded different from other music at the time and we got a lot of love and support from radio stations all over. My first single became the theme song for a tv program, and my second single was a theme song for a movie. That helped a lot too.

With all the success that you’ve had in Denmark, what has been the highlight of your career so far?
I write songs from my life, thoughts, feelings, experiences. It helps me to put all these things into words – music is like therapy to me. But it makes me just as happy to know that my music can affect others too. People come up to me and tell me how my song “You” has helped them through a tough break up or how “Bang that Drum” will always get them on the dance floor. Once I had a french couple fly in from Paris to see one of my shows in Denmark. Music can influence people to visit new places and sometimes put words to their feelings. It makes me feel like I get to make a difference, and it really doesn’t get any better than that!

What else makes you happy besides music?
My family, friends, love, traveling, new experiences, reaching goals, waking up to sunshine on my face, sci fi and crime movies, blue m&m’s, good food, laughing, dancing… you know, life! The list goes on and on…

What’s your favourite song that you’ve recorded?
That’s hard for me to say as every song means something different and represent a part of my story. But I was always pretty proud of “2-3-4”, an acapella from my first album, because I wrote the lyrics & composed it all by myself.

Do you feel pressure to have success all over the world now that you’ve conquered Denmark?
No, not at all. It’s good to have big dreams and expectations and I work hard and try my best to get my music out there, and enjoy every day. That’s what I wanna accomplish. Putting that much pressure on myself wouldn’t help my creativity anyway, so I just try to focus on making myself happy.

What’s the best show you’ve ever played and why?
It’s hard to pick out the highlights out of so many great experiences, but Austin City Limits Festival in Texas was one of my favorite shows last year! I also performed at at Lego Land, for “Families with Kids who have Cancer” and it made such a huge impression on me. Everyday worries suddenly become very small and insignificant, such brave and beautiful kids. We also played at a Grand opening for 35.000 athletes. They were jumping throwing each other up in the air, crawling on top of each other doing hand stands and human pyramids. It was so crazy that I almost forgot to sing.