Jahméne Douglas is a previous contestant of Open Mic UK, which is organised by Future Music. After huge success in The X Factor he is now signed to Sony Music and has a UK number one album under his belt!

Kingsland Road have had great success after reaching the live shows on this year’s X Factor and breaking Twitter records, making them the most talked about contestants in the X Factor’s ten year history. The lads rapidly built up a huge fan base, which even includes self-confessed fans Ellie Goulding, James Corden and Little Mix! Following their success in the show the boys have been performing sell-out crowds up and down the country and are now supporting Jahméne Douglas at The Hove Centre in Brighton. 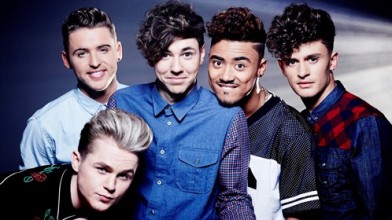 Also supporting Jahméne Douglas and Kingsland Road will be X Factor contestants Giles Potter and Alejandro Fernadez Holt, both of which are previous Open Mic UK contestants too!