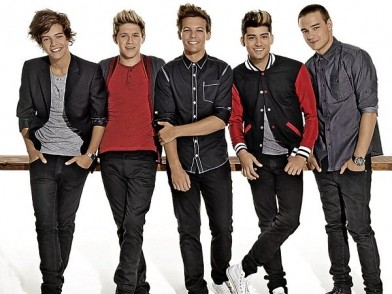 Following recent estimates that One Direction are set to make one billion dollars this year, figures from Seatwave reveal that ticket demand for the boy band’s current tour exceeds that of top sellers Beyonce, Taylor Swift and Drake combined.

The ticket marketplace Seatwave previously predicted that over a million UK fans would vie for tickets for the current 1D tour and music industry insiders are now stating that 1D are the first band since The Beatles to enjoy such fervent levels of global demand.

Louise Mullock, spokesperson for Seatwave, commented: “One Direction just keep on ploughing ahead, their success so far has been astounding and it seems as if they’ve yet to reach their peak. It’s a true testament to their popularity that they’re able to command more demand than Beyonce, Taylor Swift and Drake combined, all three of which rank as some of Seatwave’s most popular acts.”