Tinie Tempah and Labrinth have teamed up once again (you probably remember their hits ‘Frisky’ and ‘Earthquake’), to bring yet another collaboration masterpiece ‘Lover Not A Fighter’, taken from Tinie’s latest album ‘Demonstration’.

Labrinth kicks off the track with ‘I’m a lover not a fighter’, instantly pouring out the excitement and charisma that this song is fuelled by. This is followed by the unmissable answer machine and ‘beep! beep! beep!…hello?’, giving the impression that the two artists have something to say and this is their message. They sure know how to grab the listeners attention!

As ever, Tinie Tempah is fresh and inventive with his lyrics ‘I feel like Cruella de Vil the way I be stealing the spot’ proving he’s at the top of his game, enjoying his time in the spotlight. The mention of Tinie’s clothing label Disturbing London isn’t just a bit of self promotion, he really is disturbing the city of music in the best possible way. He refers to London as ‘the city of God’, showing just how much he loves his hometown.

The whirring production makes the song sound as if it’s been made in some kind of huge, hyperactive, electro-magic machine. Like many of his others, this song has the pop anthem feel that makes Tinie Tempah’s music so memorable, making a statement about his sky high ambitions for his music and how his life is changing since becoming famous. He carries all of these themes off with ease and charm.

It’s clear that ‘Lover Not A Fighter’ is Tinie Tempah’s story of the huge amount of time and energy he has put into becoming a successful artist, and all that has come with it. From the lyrics you can tell that he’s proud of what he has become, and so he should be as this track is going to be an epic hit.

Get your copy now from iTunes below: 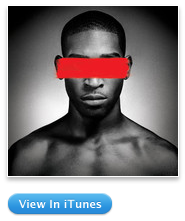