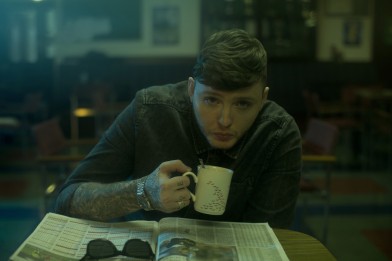 X Factor 2012 winner James Arthur today confirms brand new single ‘You’re Nobody ‘Til Somebody Loves You’ will be released on October 20th through Syco Music. The song premiered on UK radio this morning. Remixes by Benga and Raf Riley featuring Lunar C will be included on the single package, also out on October 20th.

Co-written by James and produced by TMS (Emeli Sandé, Professor Green), ‘You’re Nobody ‘Til Somebody Loves You’ is a no-holds barred assault on the senses, fusing a heady mix of old-school soul, blues and rock with a floor-shaking bassline, showcasing James’ heartfelt and captivating vocals at their bombastic best. The result is a bold statement of intent from the highly-gifted singer-songwriter.

James’ BRIT Award nominated X Factor single ‘Impossible’, was the fastest selling single of 2012 in the UK and has become the biggest selling X-Factor single of all-time achieving over 2.5million sales worldwide and seeing it top the iTunes charts in 34 countries.

Writing and recording songs from a young age whilst also performing in bands around his hometown of Middlesbrough, James’ raw talent wowed the country immediately from his first appearance on X Factor when he performed a spellbinding version of Tulisa’s ‘Young’. One of the most popular contestants to date, instantly memorable renditions of ‘The Power of Love’, ‘Let’s Get It On’ and Adele’s ‘Hometown Glory’ cemented his status as one of the most exciting and talented musicians ever to emerge from the show.

Watch: James Arthur dropped in to chat to Dave and Lisa on the Capital Breakfast Show and brought his brand new single with him!