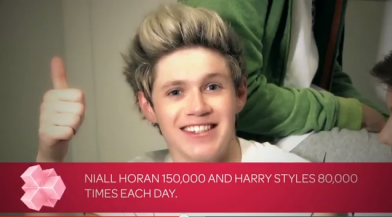 One Direction have been recognised as the most popular people in social media globally, winning four gongs out of 10 categories at the inaugural Social Star Awards in Singapore.

One Direction said: “We want to say a massive thank you for the Best Social Star Group of the year award. Thank you for our Starcount award, and we will see you soon.”