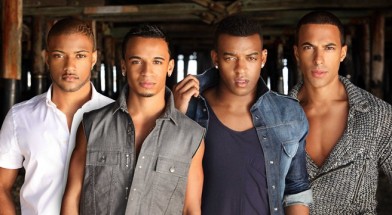 Having announced they are due to split after their ‘Goodbye’ Arena tour later this year, it is confirmed that JLS will remain committed to their performance at Sundown Festival this summer.

After five years at the top, the four-piece have decided to call time on the band, having become one of the most successful performance acts to emerge from ITV’s X Factor in 2008. Aston, JB, Marvin and Oritse announced they will pursue individual opportunities, once their winter Arena tour comes to an end in December.

JLS will still be appearing at Sundown Festival, with their place on the Sunday line-up of the massive two day East of England event, over Saturday 31 August and Sunday 1 September, now representing the last opportunity to see the group perform live in the region.

Sundown Festival spokesperson, Dion Clements comments: “While it’s sad news for JLS fans, who will no doubt miss them, Sundown is pleased to provide the platform for one of the X Factor’s most successful creations to say a final goodbye to their East Anglian fans in unique style”.

The likes of Doctor P, Funtcase, Cookie Monsta, Brown & Gammon, Roksonix and Krafty will kick off the weekend on Friday 30 August at the ‘Circus Opening Party’ on the indoor Warehouse stage, accessible only with camping tickets.

Tickets are on sale for Sundown Festival, which will take place at the Norfolk Showground on Saturday 31 August & Sunday 1 September. For more information, or to book tickets for the event, visit www.sundownfestival.co.uk, or call 0871 224 1112 / 1113.