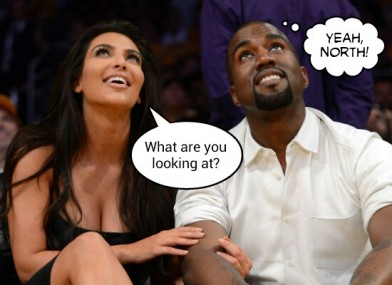 Kanye West wants name his and Kim Kardashian’s baby North…because it goes with his surname!

The ‘Stronger’ hitmaker and girlfriend Kim Kardashian will welcome their first child into the world in July and the rapper has been sounding out the name out to friends.

A source told The Sun: “Kanye’s ego is something else, so he’s quite serious about the title.

“He also has a sense of humour though and knows how his self-indulgence is seen by the general public. It’s half tongue-in-cheek, half what Kanye probably feels is true.”

However, the title is unlikely to go down well with Kim, whose family have a tradition of starting their first names with a ‘K’.