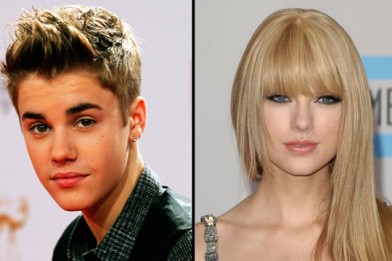 Taylor Swift and Justin Bieber dominated the 2012 MTV European Music Awards, winning three trophies each, while favourite Rihanna – who had gone into the EMAs with six nominations – failed to win a single trophy.

“This is my very first EMA, I’m so excited. This is unreal,” Swift said after her first win, for best female act. “This is the first time touring in Europe. Thank you for giving us another reason to come back.”

After winning her third, Swift said: “I am so excited I can’t believe you gave me three awards. I’m kind of insecure in general – so this is great for my self-confidence.”

The winners in full