‘The Sun’ ruin Taylor Swift and One Direction date 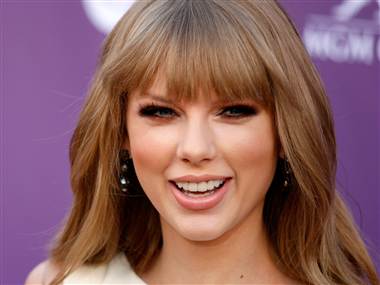 Taylor Swift reportedly asked a member of One Direction out to dinner.

The 22-year-old singer booked a table at the five-star Luton Hoo Hotel, but cancelled it at the last minute to jet back to the US.

The American country singer was in the UK promoting her new album performed at the BBC Radio One Teen Awards on Sunday with the teenage heartthrobs.

Taylor supposedly booked a table at the five-star Luton Hoo Hotel, but cancelled it at the last minute to jet back to the US.

But when The Sun caught wind of the plans, it was suddenly cancelled as she headed off on her private jet back to the US.

“Taylor’s team whisked her off to Luton after the awards. She had a private jet at Luton Airport ready to take her back to the US at 10pm,” a source told The Sun newspaper .

“All her staff were told she was having a private dinner with one of the guys from One Direction. It was all cancelled abruptly, and nothing more was said.”