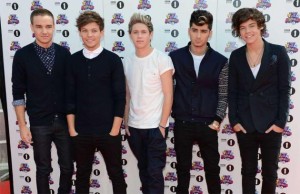 One Direction stole the show at the BBC Radio 1 Teen Awards taking home three awards from the Wembley Arena on today (07.10.12).

Harry, Liam, Zayne, Louis and Niall took home prizes for Best Single with ‘One Thing’, Best Album for ‘Up All Night’ and Best Music Act.

One Direction proved their worth by wowing the crowd with a stunning performance to close the ceremony. Their presence on stage was greeted by a frenzy of screams from 9,000 fans confirming their status as the biggest boy band around.

Best British Album – One Direction – ‘Up All Night’