One Direction management hit back at banned questions allegations 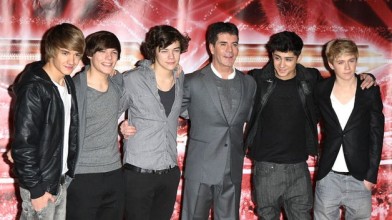 One Direction have hit back after allegations made last week that the boys’s publicity team imposed a set of restrictions on media outlets that want to interview One Direction.

In a statement made on twitter. The band said: “Regarding the recent story about One Direction ‘banning questions’ -this is a complete misunderstanding. One Direction asked if certain recurring questions could be avoided in future interviews as the band were giving the same answers continually.”

“They knew, via feedback, that the fans were requesting a wider range of subject matter in interviews. Questions relating to describing each band member, or referencing The X Factor, are certainly not out of bounds. A suggestion was merely made to try and make interviews more interesting for the fans, which has been misconstrued and misunderstood.”