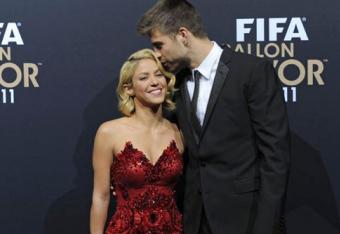 Shakira is expecting her first child with her footballer boyfriend, Gerard Pique, a Spanish international footballer who plays for Barcelona.

The Colombian star confirmed on her website that: “Gerard and I are very happy awaiting the arrival of our first baby”.

The 35-year-old star also revealed she is going to cut down her work schedule.

‘”We have decided to give priority to this unique moment and postpone promotional activities”.

The singer was expected to perform at a music festival in Las Vegas this weekend but has now cancelled her appearance.

Shakira is due to be a judge on US reality TV show The Voice, replacing Christina Aguilera in season four of the series, next year.