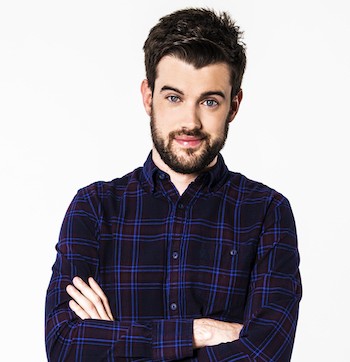 With the countdown to the UK’s biggest and most exciting night in British music already in motion, The BRIT Awards 2018 with Mastercard reveals that British actor, comedian and writer Jack Whitehall will host next year’s show.

Whitehall will be bringing his unique humour and charm to proceedings at London’s iconic O2 Arena on Wednesday 21st February, his first appearance at the venue since three sold-out solo stand-up shows earlier this year.

Jack Whitehall said: “I’m thrilled to be hosting the BRITs, it is the kind of show you dream of hosting as a kid, so really excited to have been asked.”

BRITs Chairman and Chairman & CEO of Sony Music UK & Ireland Jason Iley said: “Jack is one of the biggest talents in the UK. He is a truly natural performer who brings enormous enthusiasm, charisma, fun and passion to all his work.   As one of the most in demand names in the industry we are delighted to have him as host for the UK’s biggest night in music. This is going to make for an exceptional night, along with performances from some of the biggest names in music across the globe.”

ITV’s Head of Entertainment Siobhan Greene said“It’s promising to be a bumper year at The BRITs and I can’t wait to have Jack at the helm.”

Jack has also been crowned ‘King of Comedy’ by the British Comedy Awards three years in a row and has since established himself across the pond as a homegrown British star. No stranger to hosting duties, Whitehall presented the Royal Variety Performance several times, as well as BAFTA’s biggest event in Los Angeles, The Britannia Awards. He will now host the UK’s most prestigious annual celebration in music for the first time.

After co-starring in four series of C4’s award winning show, ‘Fresh Meat’, Jack went on to create, write and star in three critically acclaimed series of ‘Bad Education’, which also led to a nationwide theatrically released film in 2015. 2017 has seen Jack co-star in the BBC1 adaption of ‘Decline and Fall’, write and co-star in the Sky1 series ‘Bounty Hunters’ and also have his own Netflix series, ‘Travels With My Father’, where he travelled South East Asia with his father, Michael.