Stars face ‘The Force’ at Disneyland Paris’ Season Of The Force 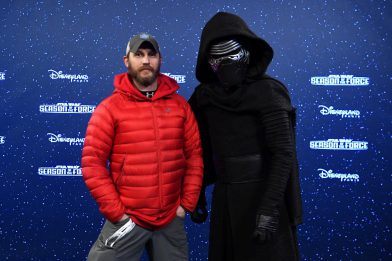 For or the next two months (until 26 March), guests will be immersed in an unforgettable galactic experience that celebrates the entire saga of Star Wars, including the recent box office hit Rogue One: A Star Wars Story

Walt Disney Studios Park is now the heart of the Star Wars galaxy, with a whole host of unmissable events, including:

Star Wars: A Galactic Celebration
At nightfall, Walt Disney Studios Park lights up with iconic Star Wars colours as part of a new show specially designed for Disneyland Paris. Star Wars: A Galactic Celebration is set to be a breath-taking spectacle of light and sound featuring projections and special effects, along with many surprises. Heroes from the world of Star Wars, such as Chewbacca and R2-D2, as well as the likes of Kylo Ren, Darth Maul, Darth Vader and many more, are there in person, to delight guests. Iconic characters from the Empire, the First Order and of course the Resistance all make an appearance on stage, adding an incredible dimension to this show that pays tribute to the Star Wars saga through its heroes. An event not to be missed. 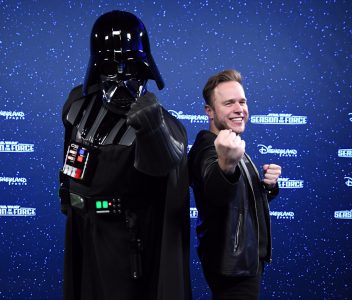 First Order March
Stormtroopers Patrol
Star Wars: A Galaxy Far, Far Away
Days at Walt Disney Studios Park are marked by epic appearances of heroes straight from the world of Star Wars. Kicking it all off is the First Order March, led by Captain Phasma. This is followed by the daytime performance of Star Wars: A Galaxy Far, Far Away, which puts the spotlight on a number of iconic characters from the saga, such as Darth Vader and Kylo Ren, to name but a few. Lastly, guests will be thrilled to find themselves face-to-face with a Stormtroopers Patrol, and even able to interact with it. 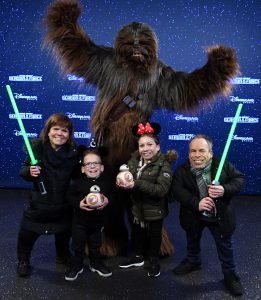 Jedi Training Academy in Disneyland Park
To bring balance to the Force, Jedi Masters will be ready and waiting every day to train young Padawans, aged from 7 to 12 years, at the Jedi Training Academy in Vidéopolis. Until 4 May 2017, this special training course will take them to the very heart of the world of Star Wars and let them walk side-by-side with heroes from the saga. 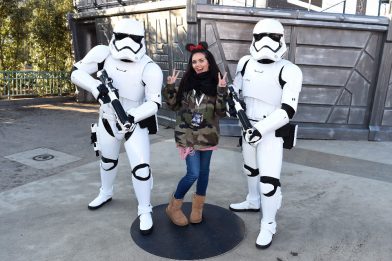 Season Of The Force at Disneyland Paris is on now until 26 March. Book now for a chance to catch this unforgettable galactic experience that celebrates the entire saga of Star Wars, including the recent box office hit Rogue One: A Star Wars Story. 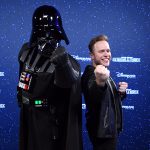 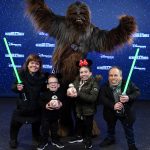 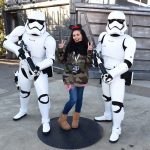