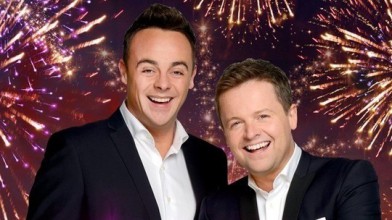 Ant and Dec have extended their award-winning relationship with ITV after signing a new contract which will see them appear exclusively on the channel until at least the end of 2019.

The three-year deal includes further series of I’m A Celebrity…Get Me Out Of Here!, which returned last night with fantastic overnight ratings of 10.7million and an 11.7million peak, the show’s highest audience since the 2013 final; Britain’s Got Talent, which attracted a huge audience of 12.5million in April, and Ant and Dec’s Saturday Night Takeaway, which launched in February with 8.7million, the show’s biggest audience in more than a decade.

Ant and Dec joined ITV in 1998, presenting the Saturday morning shows SM:tv LIVE and CD:UK. They have been exclusively signed to the channel since 2000 and have won numerous awards including a record breaking 30 National Television Awards (including Most Popular Entertainment Presenters for 15 consecutive years), 12 BAFTA Television Awards, 8 RTS Awards and, most recently a brace of TV Choice Awards – Best Entertainment Show for Ant and Dec’s Saturday Night Takeaway and Best Reality show for I’m A Celebrity.

Kevin Lygo, ITV Director of Television, said: “Ant and Dec are quite simply brilliant entertainers and I’m thrilled that we will be working together for another three years.  They are incredibly passionate about television and have that rare ability to connect with audiences of all ages, which has helped make the shows they present some of the biggest on British TV.”

Ant and Dec said: “We are absolutely delighted to be extending our relationship with ITV, to continue on the three shows we love as well as exploring further opportunities both in front of and behind the camera. This deal will take us past the 20-year mark with ITV and we couldn’t be happier.”