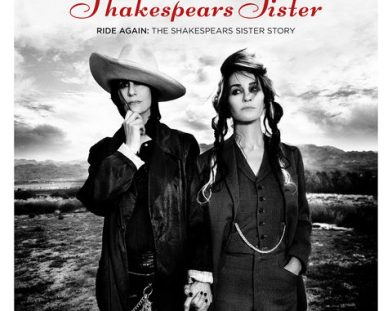 Shakespears Sister have today launched a new, three – part podcast, Ride Again: The Shakespears Sister Story. Presented by Kate Hutchinson, the podcast explores the band’s history as one of Britain’s most subversive duos, their iconic number one single Stay, how they eventually fell apart in the early 90s – and then came back together, with brand new music, after 26 years.

Siobhan Fahey and Marcella Detroit talk candidly about exploring female stereotypes in music, their fight for authenticity and their fight with each other, as well as how Americana and Nick Cave have helped shape their new sound. The series features three episodes Beginnings, Back Together and Staying Power & Evolution and will be released each Thursday for the next three weeks.

Shakespears Sister will release a Singles Collection, Singles Party on 19 July. They embark on the Shakespears Sister Ride Again tour this October and November, playing an extensive run of UK shows, including a night at The London Palladium.

London Records has newly reformed and is now part of The Because Group (home to Christine And The Queens and Metronomy).