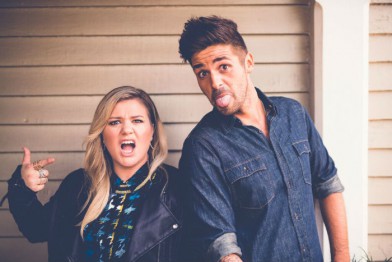 Directed by James Lees (OneRepublic, Passenger, Two Door Cinema Club) and filmed over two days in Nashville, Tenessee, the video sees Ben hitchhiking, cycling and running all over the city and countryside in a bid to be reunited with Kelly.

‘Second Hand Heart’ is taken from Ben’s self-titled debut album, which will be released through Syco Music on November 13th.

Ben says: “I had an absolute blast shooting my first music video. It was surreal but such an amazing experience. I also fell in love with Nashville. It’s such a great city with so much musical heritage. Kelly was a dream to work with. We had a lot of fun and I’m so happy with the outcome.”

A landslide winner on The X Factor 2014 under the mentorship of Simon Cowell, Ben’s renditions of ‘Jealous Guy’, ‘Highway to Hell’ and ‘Man in the Mirror’ were highlights of the series, and his winner’s single, a cover of OneRepublic’s ‘Something I Need’, was the Christmas No. 1 as well as being the second fastest selling single of the year and achieving platinum status. A true musician through and through, he spent years playing and gigging with his brother Alex to hone his writing and develop his musical influences, giving him the solid foundation to grow into the talented songwriter and performer he is today.