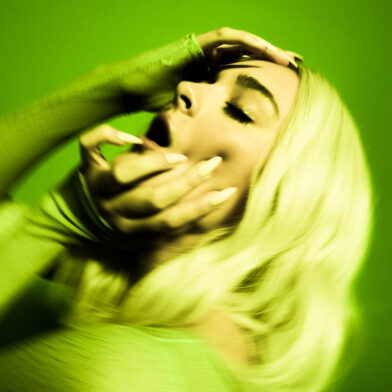 With her US TV debut set for Thursday night on Jimmy Kimmel Live! and her major-label debut EP Charlotte set to drop on this Friday ( 5th March), Charlotte Lawrence is today revealing another gorgeous offering from the project in slow-burning, folk-pop number, You. Showcasing Charlotte’s gorgeous vocals atop a beautifully restrained arrangement, the track serves to stoke anticipation for Friday’s EP release. Watch below.

On the upcoming project Charlotte, Charlotte Lawrence explores fear and struggles through a relationship on ‘Sin x Secret’, a sense of feeling lost on ‘Cowboys’, aching heartbreak on ‘Slow Motion’, the perils of love on ‘You’, and addiction and dependence on ‘RX’.

Hailed by Billboard for her “haunting take on pop-rock,” Atlantic recording artist Charlotte Lawrence has quickly proven a milestone artist, fusing deeply personal lyrics with larger-than-life melodies and epic choruses to create a remarkable, multi-faceted musical vision all her own. The Los Angeles-based singer-songwriter first earned critical acclaim – and millions of worldwide streams – for such breakthrough hits as “Just The Same“ and “Sleep Talking,” prompting applause from outlets spanning NME, W, i-D, V Magazine, CLASH, Ones To Watch, The Line of Best Fit and many more.

A wide of array of original music followed, including 2017’s breakthrough debut EP, YOUNG, and an extraordinary string of releases like “Why Do You Love Me,” “Navy Blue,” “God Must Be Doing Cocaine,” and “Joke’s On You”, the latter featured on BIRDS OF PREY: THE ALBUM, Atlantic’s star-studded musical companion to Warner Bros. Pictures’ blockbuster Birds Of Prey (And The Fantabulous Emancipation Of One Harley Quinn).

Having firmly established herself as a definitive force in the realm of pop, Lawrence has spent recent months hard at work in the studio on her forthcoming EP, Charlotte, which is led by single Talk You Down, an addictive percussion-driven electronic pop number. With the new EP, Lawrence pushes her innovative blend of dark pop aesthetics with alternative rock energy even further into the extraordinary unknown.