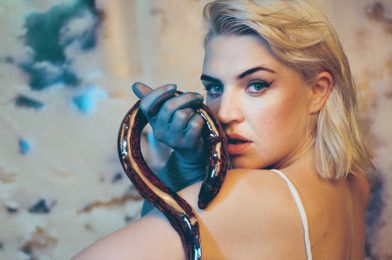 Self Esteem today announces her highly anticipated debut album Compliments Please, due for release via Fiction Records on 1st March 2019. To accompany the announcement, she also reveals her brilliant new single ‘The Best’, which joins ‘Rollout’ and ‘Wrestling’ as another early taste of what to expect from the record.

‘The Best’ was premiered by Steve Lamacq on his BBC Radio 6 Music show and is available to stream and download now. Compliments Pleaseis available to pre-order from today, with digital pre-orders receiving instant grats of ‘The Best’, ‘Rollout’ and ‘Wrestling’.

Compliments Please is available to pre-order in heavyweight double vinyl, mintpack CD and as a bundle with a limited signed print via Self Esteem’s store.

Listen to ‘The Best’:

Self Esteem – The Best

Preview, download or stream The Best by Self Esteem

Self Esteem is Rebecca Lucy Taylor, and a project which began with painting and prints and video alongside her day job writing and performing as one half of Slow Club. Since her musical divergence from the band, Rebecca has revelled in unleashing a whole version of herself with no compromises, no reducing herself, no hesitating. She would go on to write the songs that had been rising up inside her all through the years — big songs, that spoke of love and sex and chaos, that brought in huge basslines, gospel choirs, the kind of polished, provocative production she admired on the biggest pop records.

“I am overwhelmingly proud to have finally made the record that’s been sitting in my guts since I was a child,” says Rebecca.

“It has been challenging and incredibly frightening but so much more satisfying because of this. I wanted to make pop music for my fellow flawed, squashed and disgusting humans having a go at life. I feel I’ve succeeded. And if I haven’t, I’m hoping to make a fair few more.”

Compliments Pleasesaw Rebecca working with songwriter and producer Johan Karlberg, seeking him out because she loved his band, The Very Best, as well as his approach to production: “He loves the fattest beat possible, and he loves to fuck with them, to find what would make it weirder, or that would make it dirtier — that’s second nature to him, and it is to me too,” she explains of an album that reveals her to be not just a remarkable vocalist, but one of our most powerful and distinctive songwriters.